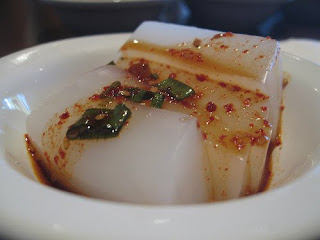 This Tuesday is, for those who keep track of such things, Shrove Tuesday, or Fat Tuesday – the last day of celebration before Lent. Being a Pennsylvania Dutchie, I celebrate it as Fastnacht Day. Fastnachts are potato doughnuts, which sound ho-hum but they are the best, the best, doughnuts you will ever eat. I could eat a dozen of them right this second, with butter and King table syrup. In our house, the last person out of bed that day was “the fastnacht”, a shameful thing to be. But doughnuts are good, right? To me, to be “the fastnacht” is to be an Oscar Meyer wiener.

The day is also celebrated in places like England as Pancake Day; Olney, England is home of the famous pancake race. And thinking about religious holidays and pancakes got me thinking about my father-in-law, who died recently and suddenly. Dwight and I had a…well, a strained relationship. But we always found common ground in food talk. (Mostly this was a reaching-out effort on his part, which I lately came to realize and appreciate; regrettably, I never got to tell him so.) Over the years, I taught him to make granola, which he did religiously and helped him with his bread-machine issues. Another recipe we explored together was buckwheat pancakes. He remembered that his mother would mix up a huge bowl of the batter and have it resting in the icebox; in the mornings, she would fry up the cakes. Dwight wanted to recreate them and turned to me for help.

Well, I had never had them; most Americans hadn’t really eaten them after WWII when white flour replaced it and other whole grains in pancakes and most other baked goods. Buckwheat is enjoying a renaissance because it is gluten-free (and therefore great for people with wheat allergies). Ergo, I assumed that Dwight’s mom’s pancakes were yeast-raised. I had made Russian blini and the Brittany buckwheat crepes before and figured buckwheats would be similar. A little research found that most of the old recipes called for making a starter, much like sourdough, and letting the batter ferment overnight. Newer recipes call for mixing white flour with the wheat flour and using eggs and baking soda and all kinds of other leaveners – forget that. So, I got out the buckwheat flour, sour milk, yeast, and some other stuff and mixed up a smelly sour mash. So many recipes describe buckwheat as tasting like mushrooms – this stuff definitely had that fungus-among-us thing going on. “These’ll be great!” I thought to myself that night, taking care that the batter bowl didn’t come into contact with anything edible.

The next morning, I made a test batch of pancakes for Chuck, my husband and lab rat. Success! The resulting cakes were sternly Presbyterian: heavy, grim, and gray. John Knox may not have feared any flesh, but even he wouldn’t have sermonized about the amount of maple syrup necessary for us to choke them down. I sent the recipe on to Dwight, with detailed instructions.

About a week later, he phoned, happy as a boy, to tell me about them. They tasted just like Mom’s! He ate them with sorghum syrup, the sweetener of his youth. I was pleased that he was happy, but even more delighted to hear my mother-in-law yelling in the background about how awful they were. I’m willing to bet he never got to make them again. Dwight’s mom wasn’t the only formidable missionary lady in that family.

I’m saddened by Dwight’s passing. Years ago, he took us to a Korean restaurant in Atlanta. In fluent Korean, he ordered some really nasty things for me, including an octopus dish that was so hot, it took off the top of my head. Recently, a friend and I discovered a Korean family restaurant nearby. We couldn’t read the menu, but the food was great. Among the banchan was a little dish of quivering turquoise squares floating in a fiery-looking sauce. They positively glowed. We tried it immediately. It tasted like hazelnut-quinine Jello. The server told me it was dotorimuk – jellied acorn flour. As I chased the stuff with water and more rice, I thought how much fun it would be to take Dwight to lunch here – to share the experience of blue jelly squares with him, to hear him converse with the owner in Korean, to listen to him expound on the evolution of the Korean language, and to hear him laugh as he tells another story from a life very well-lived. And now that will never be.

Pin It
Pin It 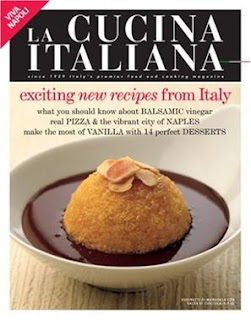 This year, I’m letting all foodie magazine subscriptions expire and am going virtual. Curling up with a stack of food porn and a glass of wine used to be a pleasure; nowadays, it seems like work (because it is). It’s also less pleasurable because of all the print advertisements. Looking back at some old Bon Appetit magazines (circa 1986), the ads were all food-related. Now, these rags accept glossy, multi-page ads from automakers, jewelers, whatever. Most annoyingly, the food ads are often indistinguishable from the articles – was recently halfway through a great article on cheese before realizing it was an ad for a middle-of-the-pack brand I wouldn’t buy anyway.
For years, my favorites were Gourmet and Bon Appetit. The former was glam, globe-trotting, and snobby (“tinned” tomatoes, always), like a girl crush-worthy upperclassman at a ritzy boarding school, destined to marry well and often. The latter mag was by contrast the homebody little sister, a little plain, a little bit the rube, but the food was real. Over the years, the two became almost indistinguishable (having the same publisher helped) as home cooks began cooking more globally and regular restaurant forays became the norm for most middle-class families. Now, Gourmet is defunct and you’ve gotta wonder how long the rest of these glossies will survive. My current favorites are Eating Well (resurrected after a few years out of print) and Dessert Professional (a girl can dream…and drool).

My biggest problem is letting go of the damn things because there’s always one recipe that intrigues, or a technique that looks interesting, or an interview that I keep meaning to read. So I hang on, intending to revisit it and it ain’t gonna happen. Here’s hoping that going paperless will take care of the packrat problem. (A couple of viewings of A&E’s Hoarders usually puts me in the mood to clean up and out.) Will probably just wind up bookmarking the one recipe, the technique, the interview – thus recreating the same problem. Paperless doesn’t mean less hoarding; it’s organized hoarding.

Happy New Year, and welcome to the new blog.

The old blog died a very sudden death. Originally, it always included a recipe per entry, with accompanying photo. This involved researching the recipe, gathering ingredients, testing the recipe, photographing the results, then blogging about it. Basically, I just stopped posting because all that got to be too much with classes and other commitments.

So, with the new website (almost) ready to launch, I’m resurrecting the blog in a new format. Since the new website includes a separate section for current recipes, the blog is devoted to my two passion: cooking and teaching. We will be writing about classes here and on the road, other cooking schools, the home cooking vogue, favorite (and not-so-favorite) cookbooks and magazines, other cooking teachers in the area, food history, trends in culinary education, thoughts about the whole sustainability, locavore thang, and cooking in the media. Sounds like a lot of stuff, huh? Well, I can always find some culinary topic to flame about: a trip to the grocery store can amuse or outrage me.

The old blog didn’t have a name. A food history buff, I named this one “Cacklefruit”. For the uninitiated, it’s diner lingo for “eggs”. As somesone pointed out, isn’t it faster for the waitress just to say “eggs”? Of course, but then life wouldn’t be as colorful or interesting. Brush up your hash-house shorthand with this list. 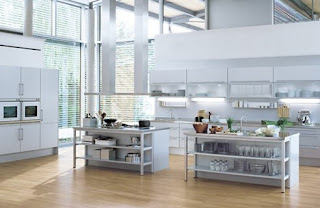 When it’s a rainy night and I’m tired and I don’t feel like driving and I’m hungry, it’s nice to have food delivered to the house. But I’m in a new apartment and there are no pizza places within a 10 mile radius that deliver. And the menus at these places are very limited, too. We’re not talkin’ Pizza Hut or Domino’s; we’re talking Steve’s Pizza and Greendale Pizza. Do those names sound Italian to you? For example, none of these places offer mushroom marinara sauce on their pasta! Furthermore, salads are never available. And if I feel like a sandwich, I can’t go the nearest D’Angelo’s (which is actually in walking distance) because I think they have three registered sex offenders working there.

Oh, there is a Domino’s that delivers; however, they will not deliver to me. See, I live on the second floor of a triplex and if they knock on the door, we can’t hear it. Oh, we don’t a doorbell. Well, there is one, but it hasn’t worked since 1948. I told them to call me on my cell when they get their, but they won’t take the number, because they’ve never done business with me before. Ever hear of “Catch-22″? They suggested that I pick up the pizza instead, but I was thinking to myself, “Hey, your pizza ain’t good enough go out and pick up”. In fact, pizza isn’t worth picking up unless it comes with a side of fries and a salad. 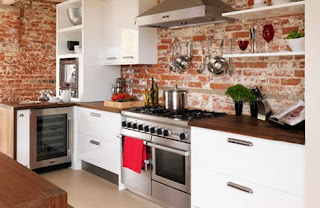 Guess I stay in, snuggled with my cat, and eat dogmeat spaghetti — that recipe is the subject of another post!